As my son turned five, we thought it was time that that we started to think about an allowance. He was old enough to begin to conceptualize the idea of saving and spending his own money and we wanted to give him an opportunity to learn about budgeting.

We thought long and hard about how we would set it all up and decided on one dollar for each year of his age. At 5, that would mean $5 a week. Though his allowance isn’t specifically tied to a certain number of chores, we have set it up as an expectation that he contribute to family responsibilities. He sets the table each night for supper and helps to sweeps the floor afterward. He also keeps his room clean throughout the week and his toys neat and organized.

We also wished to teach him the value of a budgeting, saving, and giving. We happen to have three piggy banks around the house we had collected over the years so it was the perfect opportunity to divvy up his $5 into the three. 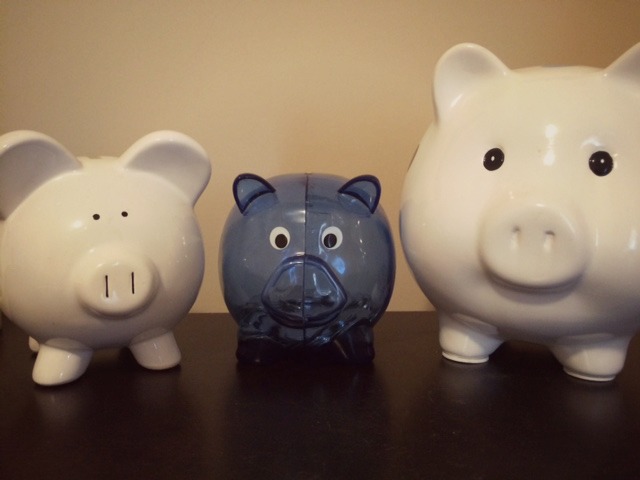 Ten percent of his allowance ($0.50) goes to savings. Another ten percent ($0.50) goes into giving. The left over amount ($4.00) goes into his own spending money. I have to say that the greatest benefit of this system so far is that it has really cut down on the back and forth tug-o-war regarding the latest thing that has caught his attention that he just has to have. Now I can remind him that if it’s something he wants enough to spend his allowance on then he can buy it on his own. It’s helped him to separate in his mind what he really wants and what is simply a fleeting impulse. Typically he’ll save his money over several weeks for a new LEGO set 🙂

I would love to hear how you have set up allowance in your household. These are a few more ideas to get you started:

Create Your Own Spend, Save, Give Jars

The first step in setting up an allowance for kids is getting organized! I love these Spend, Save, Give Jars from Views from a Stepstool. They are so easy to make and I think they turned out gorgeous! 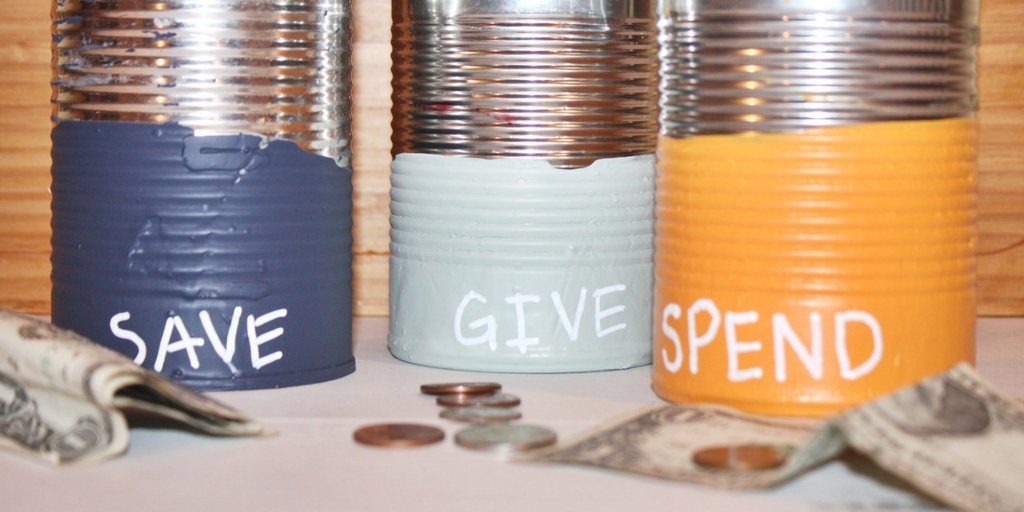 This Interactive LEGO Chore Chart is a particular favorite of mine. My son loves anything to do with LEGO and will be motivated by the visual representation of his progress. It’s so customizable you can set it up however you like. I love that each row equals $1. It’s a great STEM activity at the same time. 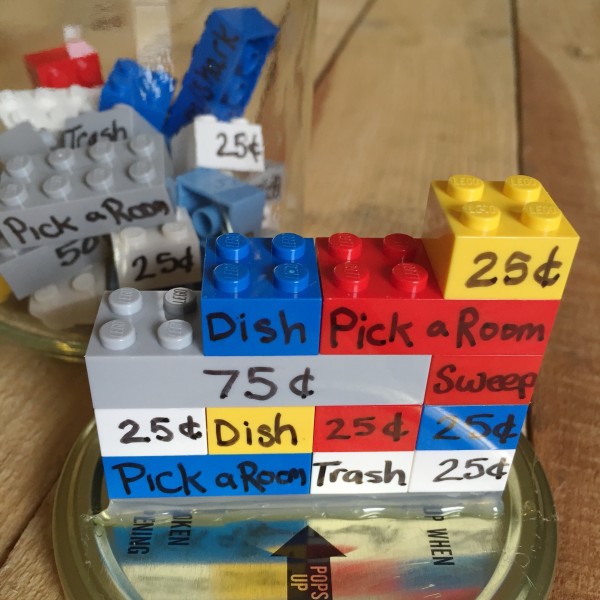 Have you started an allowance with your kids yet? I would love to hear your thoughts below. Please leave us a comment and let us know what works in your household!

Don’t forget to vote for us on Top Mommy Blogs by clicking below! 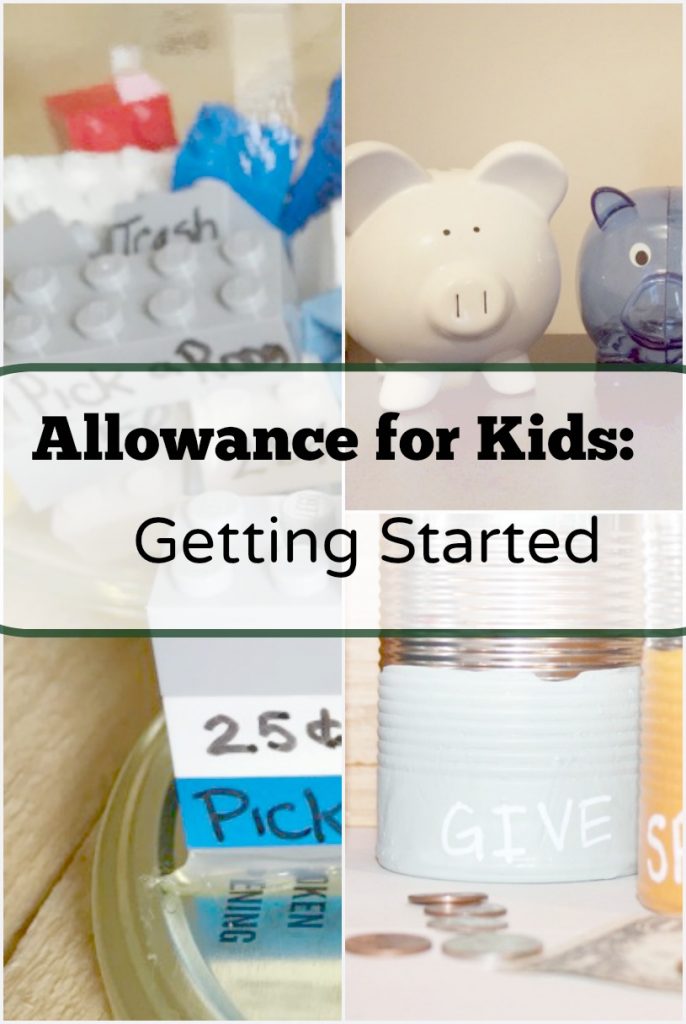